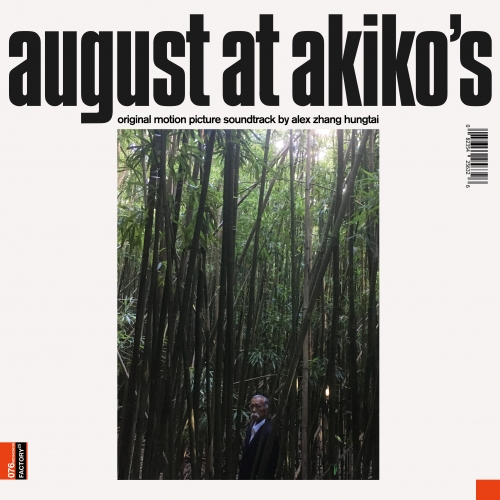 Two records on which I worked were released for Record Store Day 2019!  Polaris Prize-nominated and Twin Peaks-appearing musician Alex Zhang Hungtai (fka Dirty Beaches) stars in and performed the score for the film August At Akiko’s.  The film, which Variety called “a charming, haunting Hawaiian reverie”, features a number of scenes where Alex performs in an old music hall, the performances of which form the basis of the “textured, head-filling score”.  Each of the compositions were recorded live by Tom Visser, and I mixed/mastered the collection this past winter at Studio Windows.  August at Akiko’s OST is available now on LP and digitally through Factory25.

RSD 2019 also saw the long-overdue release of Brett Smiley’s Sunset Tower.  From the press release: “In 1974 Brett Smiley was given $200,000 to record a Glam Rock Epic with Andrew Loog Oldham, based on a demo reel and a polaroid. Sunset Tower is your first chance to hear the Del Shannon-produced demos recorded at Cherokee Studios in Los Angeles CA, coupled with demos and acetate recordings”  I restored and remastered these recordings years ago, but the release of the album was delayed by Brett’s death in 2016.  It’s a treat to have this collection out in the world via What’s Your Rupture – pick your copy up while you can!