You Don’t Even Know You Know Me 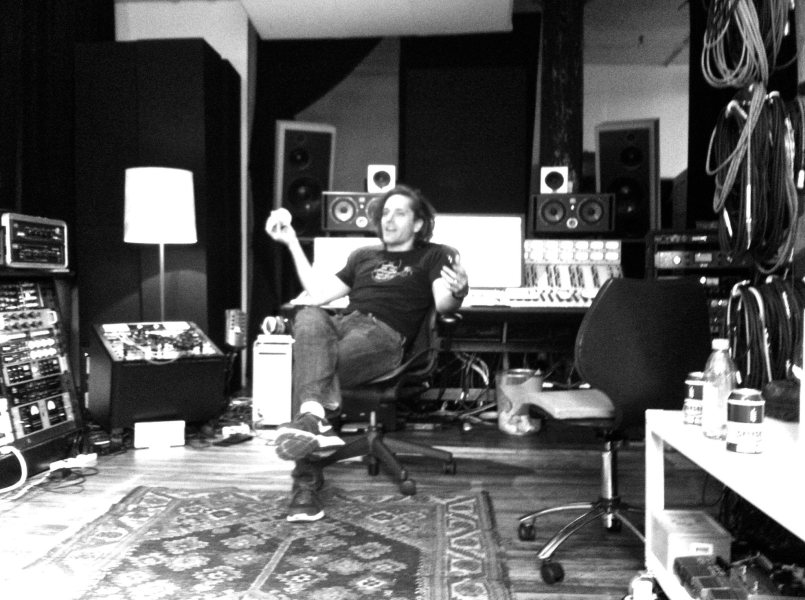 I had no idea I was a producer you don’t even know you know until I came across this article by Brooklyn Magazine last week.  I’m listed along with such fantastic engineers as Jarvis Taveniere (great guy and fellow MX-5050 enthusiast), Chris Coady, and Shane Stoneback.  Thanks guys – you made my week!

I just finished a new record by NYC punks/goons Nuclear Santa Claust called Je Ne Sais Claust (yes, really).  We tracked it live to the Otari MX-5050 at Seaside Lounge one weekend and mixed and mastered it the next at Doctor Wu’s.  It was a total blast to work on, and a total blast out of the speakers – we harnessed a great Black Flag/Dead Kennedys vibe in sound and intensity, and cracked each other up constantly.  I can’t wait for this to come out on Don Giovanni Records.

I’ve also been working on a heart-felt documentary/portrait of Gil Scott Heron.  Told from the perspective of candid interviews with his closest friends and associates, it’s less of a biography and more of a tribute to a departed friend.  It was directed by Iain Forsyth and Jane Pollard, whose excellent current film 20,000 Days on Earth (a pseudo-doc starring/about Nick Cave) premiered at Sundance and will in theaters nation-wide next month.  I feel very honored to be mixing this film.

I was back in Chicago a couple weeks ago to work again at Pitchfork Music Festival.  I realized it was my eighth year working for the festival, and fifth running sound on the Blue Stage – whoa.  It’s always good to be back with the old crew and see a bunch of old buddies in the Midwest, and it’s the only front-of-house system I’ve ever seen with a Crane Song limiter – I love mixing on that system!  Bonus: in the airport, I came across this two-page article on Parquet Courts in the July issue of Rolling Stone! 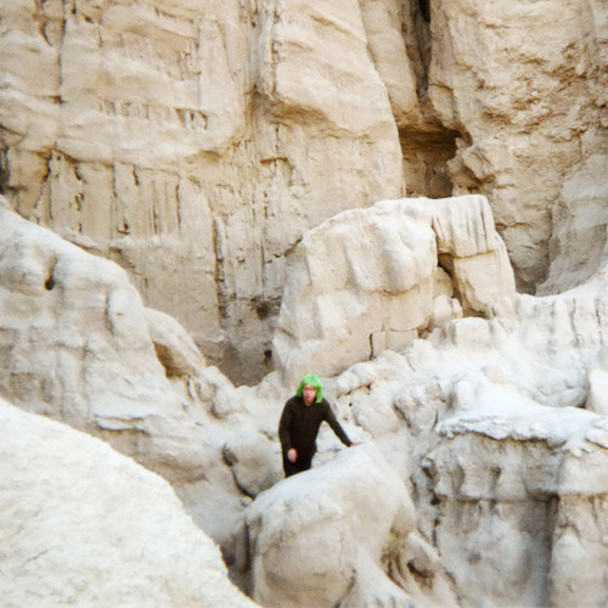 I am thrilled to be able to share some music from the new PC Worship record Social Rust.  Pitchfork (and Stereogum and Impose) posted the semi-title track ‘Rust’ last week, to pretty unanimous excitement.  I mixed and mastered this record earlier in the year with lead-Worshipper Justin Frye (who recorded it at Roulette), and we blew each other away with what we came up with.  It’s honestly one of my favorite records I’ve worked on recently, by one of my favorite bands playing, so hold on to your butts.  Social Rust comes out September 9th on Northern Spy / Dull Tools.

Another skronk-tastic record I have to share is Jungle Green Meets the Blood Sisters.  Andrew/Jungle Green has worked with me to master his last few releases at Doctor Wu’s, and it’s been really fascinating to hear the growth and diversity of his music.  He’s released two singles of lo-fi doo-wop crooner jams with Kingfisher Bluez, but this new EP is a concentrated burst of no-wave-y freakouts focused around food and girls, featuring The Books‘ Paul de Jong on cello tantrums.  It’s a free download, and worth every penny!

And while we’re talking about guys upset about food and girls, I’d like to point out that The Last of the Great Romantics is now available online!  I mixed this film with director Duncan Skiles last fall, and it made the festival circuit earlier this year.  I’m a big fan of this rom-com – it’s clever and funny in an endearingly humble way, and as they point out on their site, cheaper than a cup of coffee!  Check it out!

Eaters is playing next week (August 13th) at Nothing Changes (formerly Weird Wednesdays) at Home Sweet Home in Manhattan.  We’ve got a new song in the reportoire, so come hang if you’ve got nothing better to do on a Wednesday night!  We play first, Future Blondes headline.

Thanks for reading this!  I’ve got a lot of great projects on deck, will post more when I can… feel free to reach out at jonathan[dot]schenke [at] gmail[dot]com 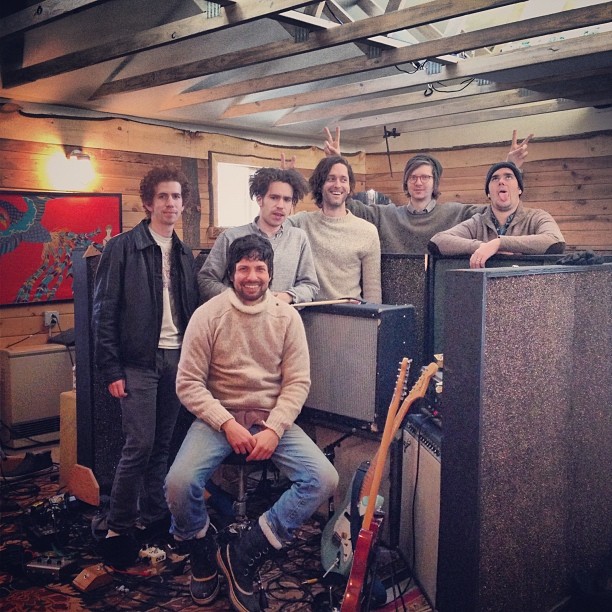 The new Parquet Courts LP is nearly done!!  I spent a week upstate with the guys and my Otari MX-5050 earlier this month, recording at the wonderful Outlier Inn. Massive thanks to our gracious hosts Josh and Ambika – they made our stay there so comfortable and productive, I can’t recommend it highly enough.  We then went to Doctor Wu’s to mix those sessions along with tracks from our previous sessions at Seaside Lounge.  Everything is sounding wild – it’s a real step up sonically from Tally All the Things That You Broke, even though it’s still on the same 8-track tape machine.  We’re still working on a final track order, but it’s a total trip of a record!

For Austin’s birthday, they played Late Night with Jimmy Fallon, which still kinda blows my mind.  And on Friday, I’m flying to meet them in New Zealand for a tour with Laneway Festival and Total Control.  HUZZAH!!

In the meantime, I sound designed and mixed a couple shorts for Dean Fleischer-Camp and Jenny Slate (while they were at Sundance Film Festival for the showing of Catherine).  They’re really great shorts called Childs’ Playhouse, which were written by and starring small children.  Plus, they’re for Disney, so I can scratch “make something for Disney” off my bucket list!

Last fall, I mixed a film with my friend and film maker Duncan Skiles (director of Why Shit So Crazy by Reggie Watts and The Fuzz) called Last of the Great Romantics.  I’m particularly fond of this charming and funny little rom-com!  There’s a new trailer online, with screenings coming later this year.

I also mastered a couple projects over the last week: an album by Fennec called Let Your Heart Break (out February 11th), and an EP called Reach House by the Brooklyn band Railings. 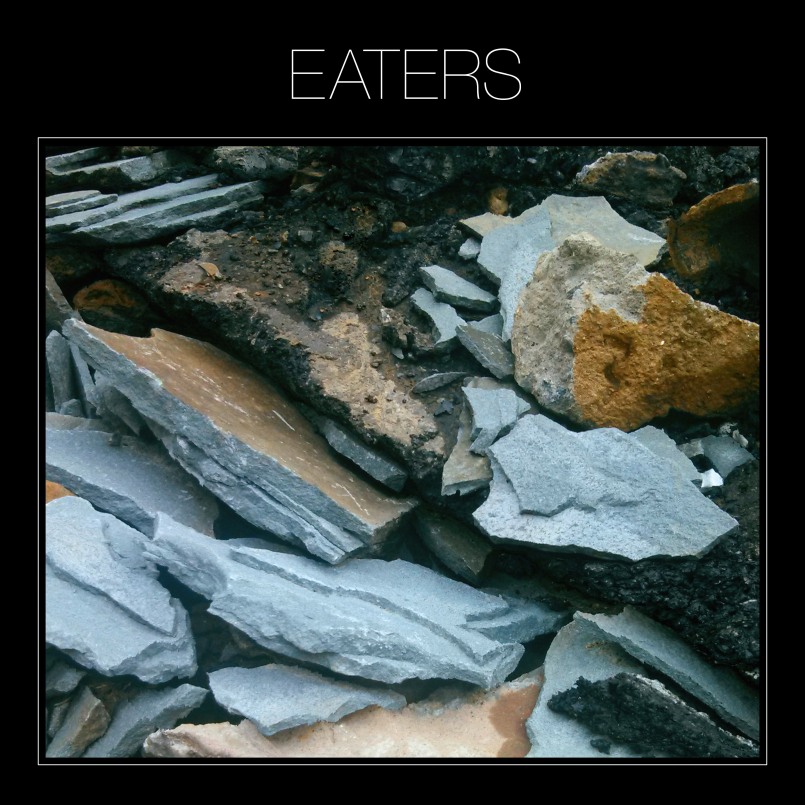 Maybe the thing I’m most psyched about though is unveiling Eaters to the world.  My friend Bob Jones and I started working on this project nearly two years ago, and I couldn’t be happier with how things have developed.  We’re playing our first show tonight (at Baby’s All Right in Brooklyn), the first single drops in a couple weeks, and the album comes out in April on Driftless Recordings…

Thanks for reading!  I’ll be in and out of the Internet for the next few weeks, but as always, feel free to send me a note if you’d like to talk about sound – jonathan.schenke[at]gmail.com