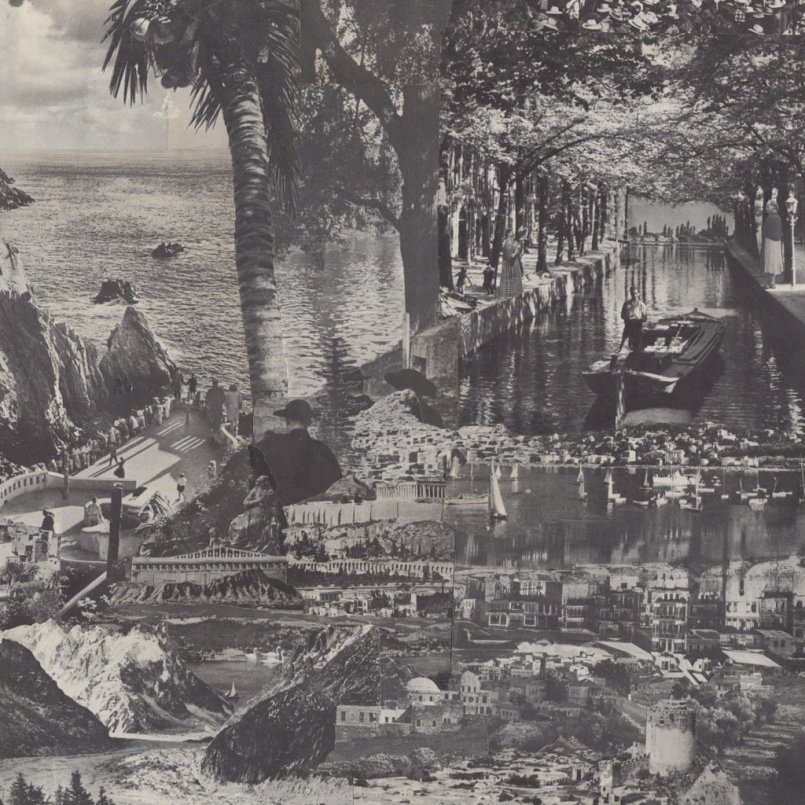 My group Eaters are featured on Dreams, the new compilation by Stadiums & Shrines and Cascine, featuring original music by Bing & Ruth, Kaitlyn Aurelia Smith, Julie Byrne, Yumi Zouma, Mutual Benefit and more. The deluxe 2LP set comes in a gatefold jacket with a 20-page booklet of original collage and prose stitched to the interior. Visit The FADER  to read about the project and hear Yumi Zouma’s contribution.  Pre-order is available now, and the compilation is due June 15 via Cascine. 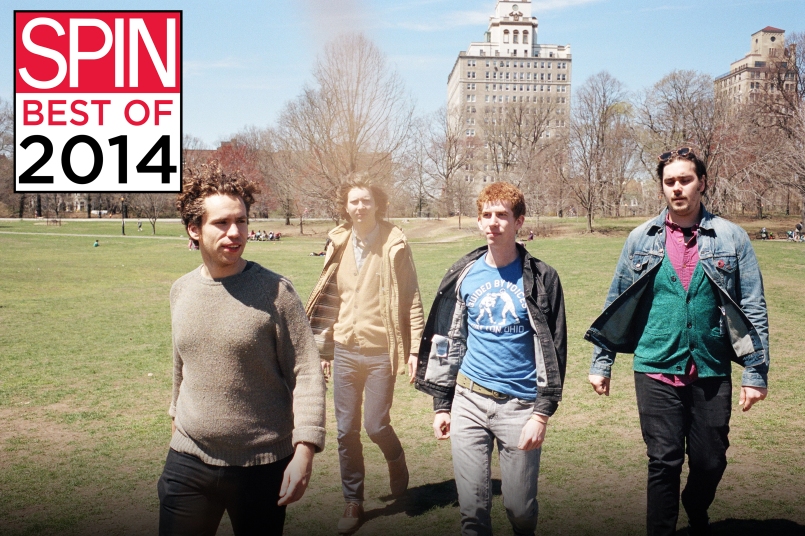 Well… there goes 2014.  It seems like only a short while ago that I was shaking off NYE and going upstate with Parquet Courts to finish Sunbathing Animal.  That album earned its way onto nearly everyone’s year-end lists, including Spin (#2), Pitchfork (#24), Rolling Stone (#28), NME (#35), and Stereogum (#50).  Based on the strength of that record, their follow-up full-length-EP Content Nausea (which featured some outtakes from our SBA/Tally sessions), and months of killer live shows, Spin declared them “2014 Band of the Year”.  The band played a sold-out show at Webster Hall this month – the day the Spin article posted and with homies PC Worship and Blues Control – that felt like a victory lap for everyone involved.  I couldn’t be more thrilled for my dudes, and can’t wait to see what they do in 2015.

Mannequin Pussy’s Gypsy Pervert also got some best-of love this year after being reissued on Tiny Engines.  Rob Sheffield of Rolling Stone put it as his #9 album of the year (Sunbathing Animal was his #1, holla!), and as the #1 cassette release of the year.  Way to go guys!!

And though they didn’t get the year-end accolades that Sunbathing Animal did, PC Worship’s Social Rust, Mazes’ Wooden Aquarium, and Dream Police’s Hypnotized – as well as the Eaters LP (duh) – are some other records that came out in 2014 that I feel very proud to have been a part of.  These are compositionally and sonically interesting albums that you should check out now, if you haven’t already!

Another one of my favorite projects of 2014 is the recently-released second single by glam rockers Fa Bonx.   I. love. these. songs!  The first single sold out and this one’s even better, so don’t wait! “49 Stick” b/w “Tramps Jamble” is out now on What’s Your Rupture?

Fort Lean – a band that includes Jake Aron, my studio partner at Doctor Wu’s – are releasing a new record called Quiet Day, their first full-length.  The album was recorded and mixed through 2013 and 2014, and the time and energy spent making it is evident in both their songwriting and arrangements.  Daniel Schlett mixed the bulk of the record at Strange Weather; I mixed one song entirely and did additional mixing with Jake across the rest of the record at Doctor Wu’s.  Quiet Day comes out spring 2015 on Ooh-La-La Records.

Also recently released is “Dreams”, the new single by Australian darkwave duo Buzz Kull.  I met Marcel earlier this year while touring Australia with Parquet Courts, and was psyched when he asked me to work with them on this track. Marcel did an interview with Noisey recently (thanks for the shout-out!), and the physical single is out soon on Fabrika Records. 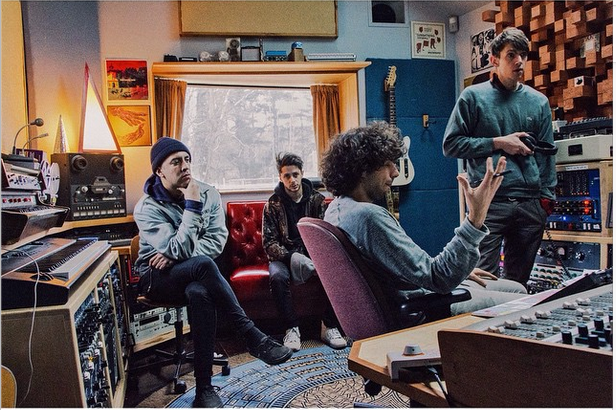 I spent a week mid-November at Outlier Inn with Honduras, recording their full-length debut.  It was a real treat to be back at Outlier Inn (where we finished Sunbathing Animal) – the gear and vibe there are truly great.  We recorded to my Otari MX-5050, and the band were eager to capture the live energy while pushing into new sonic territories, which gave me a real license to experiment with sounds.  We mixed and mastered at Doctor Wu’s earlier this month, and it’s a truly killer-sounding album.  Look for it spring 2015 on Black Bell Records.

Another record I recently worked on was with a new band called Shop Talk.  Basic tracking was done by my friend Kyle Keays-Hagerman (who I worked with on the Dream Police LP), and I recorded vocals as well as mixed and mastered at Doctor Wu’s.  It’s tightly-wound melodic punk – the metaphor we kept using was “raw nerve” -and turned out way cool.

I also recently mixed a handful of songs for Rat Columns (led by Lace Curtain tour buddy David West).  Rat Columns is way different than his work with Lace Curtain or Total Control – bittersweet, C-86 vibey pop songs.  I’m not sure what’s in store for these tunes, but hopefully they’ll be out soon.

And I’m wrapping up an album by Hums and Haws, the studio project of Chicagoan Matt Kordonowy.  Matt was an intern at Experimental Sound Studio while I worked there, and it’s been great to reconnect and work together on this record.  I’ve mixed many of the songs on the album (ESS engineer Todd Carter mixed the others) and am mastering it now.  The songs on the record are quite varied – from beat-less washes of melody, to grungy pop songs that recall both the Kinks and Beck, to percussion-heavy rockers, and everything in-between – and it was a fun challenge to pull it all together.

I’ve also mastered a few records over the last couple of months: the debut album from new band Lightning Bug (a heady blend of shoegaze mind-numbers, psych-pop ala Broadcast, and ambient drone), the third EP from Railings (rock/pop equal parts dreamy and mathy), and a new album by the I Ching Quartet (acoustic folk ensemble and old friends from Chicago).

I’ll be spending most of the next couple months working on Eaters with my main man Bob Jones.  We’ll be writing and recording new material and have some shows coming up in the new year, including a show with Wham City’s own Dan Deacon (February 25th at Rough Trade NYC).  We got together a couple weeks ago to start plotting out this next record, and recorded this musical gift for everyone.  It’s a cover of “Radioland” by Kraftwerk, based on an arrangement Bob wrote for guitar. 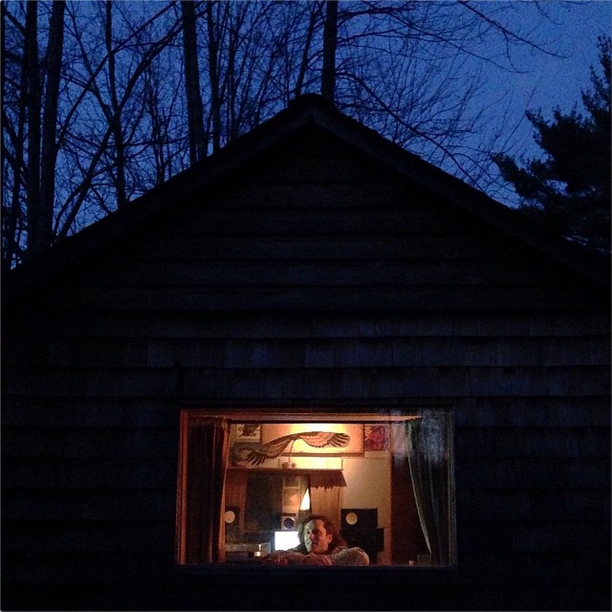